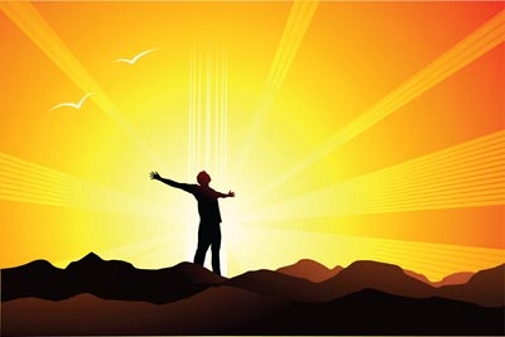 Certain bodily pleasures are designed to feel so good that you want them to recur, but do positive emotions, such as joy, rapture, interest, and contentment, have a purpose in the same way as negative emotions?

Positive emotions have at least two fundamental purposes. Psychologist Barbara Fredickson has suggested that positive emotions expand our attention rather than focus it (as negative emotions do), and in doing so they foster the growth of physical, social, and intellectual resources, which in turn lead to an upward development spiral. So experiencing joy leads us to want to play and be creative, feeling interested leads us to explore and experience, and feeling contented leads us to savor and appreciate.

The second purpose of positive emotions is that they ‘undo’ the effect of negative emotions and enhance resilience and ability to cope. Humor increases one’s tolerance of pain for example. In another study, participants shown positive and uplifting videos after a stressful event or after watching upsetting videos showed faster cardiovascular recovery than did the control group. And in the aftermath of 9/11 resilient people experienced more positive emotions, which led them to feel increased optimism, well-being, and tranquility as well as protecting them against depression.

The Permission to be Human

Positive psychology has been dubbed as the ‘science of happiness’ so it is always easy to be mistaken that people who spread, teach and work on Positive Psychology must be someone who is outgoing, extroverted and happy at all times. In other words, they’re the kind of people who were having some kind of constant high. They are the ones who were excluded from being sad or experiencing painful emotions.

To be honest, that is not the case.

There were two kinds of people who don’t experience painful emotions like disappointment, anger, envy or sadness. First, the psychopaths. The second group of people is dead!

So, if you’re experiencing these painful emotions, it is actually a good sign which means that you’re not a psychopath and you’re ALIVE!

The problem is that we don’t give ourselves the permission to be HUMAN. When we don’t allow ourselves to experience the full myriad of human emotions, we’re preventing ourselves from also experiencing the positive emotions. 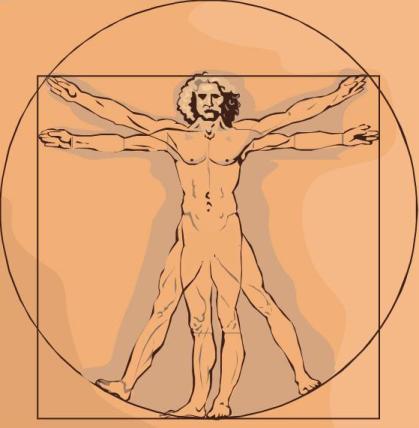 All emotions flow through the same emotional pipeline and when we block the flow of one set of emotions we’re inadvertently also blocking the other sets. When we block the painful emotions, they are simply intensifying.

As children, we give ourselves the permission to be human but then we get to a certain page when the facade kicks in when we say, “I can’t show these emotions” like it is something bad. We ignore it, we suppress it and we pay a price.

If we watched babies, or saw youtube videos on babies, we could see that most of them can cry out loud at one point but then joyously laugh in a flip of a moment. These are the obvious example of someone who gives himself the ‘permission to be human’. 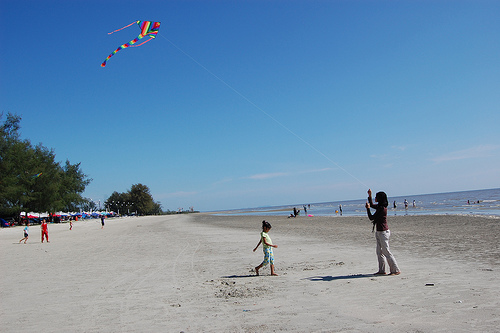 There is a paradox at play here. The paradox is that when we suppress these painful emotions, they intensified, they become stronger and they are often preventing us from experiencing positive emotions. When we give ourselves the freedom to experience the full range of human emotions, we’re being fully human.

Painful emotion is as much part of human nature as the law of gravity is part of physical nature. Yet, we accept the latter and reject the former and we pay a very high price for it.

‘Permission to be human’ and ‘unconditional acceptance’ is not about ‘passive resignation’. It is not like when you say, “Okay, so I’m jealous or anxious and there’s nothing I can or want to do about it.” Rather, it is about ‘active acceptance’. Accepting the painful emotion and then choosing the most appropriate course of action.

When we suppress these emotions, they control us. If we don’t accept that sometimes we get angry or envious, we’ll begin to see anger and envy all around even though it is not there.

And here is the question that we need to ask ourselves, “Do we give ourselves and others – our family, spouse, friends and colleagues – the permission to be human?“

This is the foundation, the most important pillar of a happy, fulfilling life. 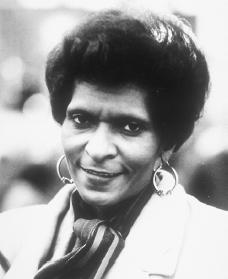 Marva Collins was born in Alabama in the 1930s. Her father was African American and her mother was Native American. She was born at a time in a place where there was a great deal of discrimination.

Fortunately, for Marva, her father really believed in her and said to her from a very young age, “Marva, you can make something of your life. You can become a secretary.” Now the reason why he said secretary is because that was where the glass ceiling, or rather concrete ceiling exists for a person of her ethnic background, a person of her gender. Marva Collins worked hard, she was smart, she succeeded, she made it, and she became a secretary.

After few years of working as a secretary, doing well, she decided this was not for her and what her calling in life. Her real passion was in teaching.

She wanted to be a school teacher.

She went to night school. A few years later, she got her teaching certificate, got married and with her husband moved to Chicago. There she joined the public school system in inner city, Chicago.

The reality that she found, that she encountered there was a reality of much crime, much drugs and more than anything, hopelessness. The hope of the teachers was to keep the students in school for as long as possible. Why? So that they don’t join the street gangs at the age of 12; so that they are protected from the drugs and crime.

“How can we keep the students in school for as long as possible?” asked the teachers.

Marva Collins walks into this reality and says, “Things are going to be differrent.”

She teaches first graders to fourth graders. On the first day of class, she says to her students, “We are going to do a lot of believing in ourselves.” And she repeats this message over and over and over again, like a broken record throughout the semester, and year, and years.

Now rumor begins to spread about Marva Collins, because how can she keep these students in class for so long, when all the other students are just trying to get out of school? She must be using force.

And Marva Collins has enough of these rumors, leave the public school system, opens up her own school in her own kitchen with 4 students and initially, two of them her own kids.

Gradually, more and more students join the Marva Collins school, Westside preparatory. All the students that intially joined the school are public school dropouts. Marva Collins is the last resort before the street.

And the miracles continue.

Gradually more and more students come in. She has to move out of her home. They wretchedly rent a small shack in Chicago place, freezing in winter, scorching hot in summer. And yet the students are driven by their passion.

And they continue. Miracles continue to happen to them.

Marva Collins lives in a dire poverty for decades, somehow making ends meet. After all, most of her students can’t pay. But somehow, months to months, she makes it.

1979, it changes overnight. A producer, from the television CBS program ’60 Minutes’ finds out about Marva Collins and creates a 15 minutes segment on her. Overnight she become famous.

Today there are Marva Collins graduates who are politicians, business people, lawyers, doctors, and more than anything, teachers. Because they know what their teacher has done for them.

Here’s an excerpt of how she do the “We are going to do a lot of believing in ourselves.” 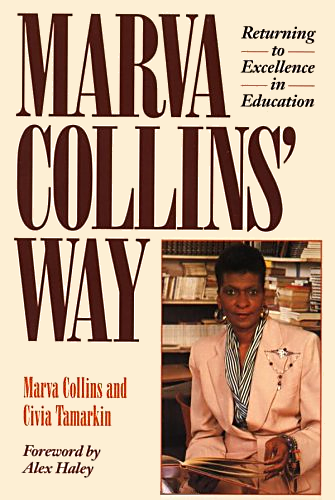 And The Marva Collins Story

Information is not enough

“Humanistic philosophy [offers] a new conception of learning, of teaching, and of education. Stated simply, such a concept holds that the function of education, the goal of education -the human goal, the goal so far as human beings are concerned -is ultimately the ‘self-actualization’ of a person, the becoming fully human, the development of the fullest height that the human species can stand up to or that the particular individual can come to. In a less technical way, it is helping the person to become the best that he is able to become.” 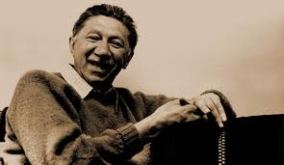 What we can learn from Batman/Bruce Wayne.

At this very moment Hurricane Sandy had made her landfall in East US.

Affected or not, it happens in our common-shared world.

1. If you are directly affected

Value yourself and human souls first. Keep close to announcement by officials. Evacuate if you’re asked to. Bring only the important things. Keep stuff for survival in safe area (basement etc) in case you’re trapped.

On sudden danger and you’re unprepared, trust your guts and have faith.

2. If you’re not affected

Get updates of the events. Hope that souls affected will survive. Look for ways on how you can help them on time or aftermath based on you capabilities.

Let’s hope for the best in surviving mother nature! 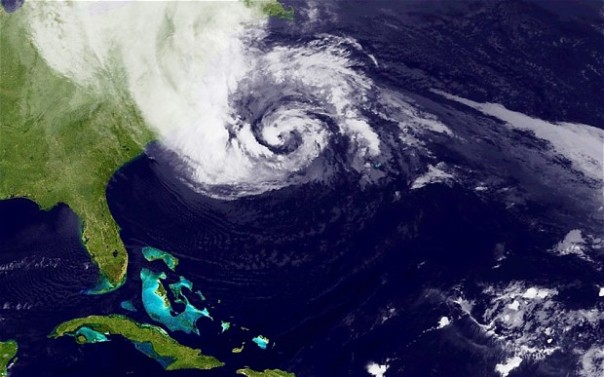 Larry Smith – Why You Will Fail to Have a Great Career?

In this spirited talk, Larry Smith used thought provoking approach to open our eyes about the reality of our passion.

Watch him until the end to get the full insight.

Truly an artist of public speaking!

In building a resilient character, being calm is crucial to lead someone to get over adversity and bouncing back from it.

Miyamoto Musashi, the legendary samurai swordsman had explained ‘calm’ in ‘The Book of Water’ from ‘The Book of Five Rings‘ – a classic text on kenjutsu and martial arts (circa 1645).

Let’s see what ancient wisdom from the east had to say about calm; 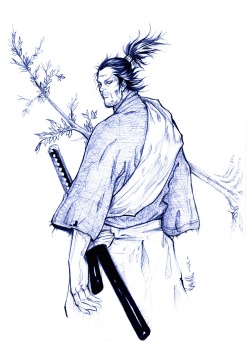 Both in fighting and in everyday life, you should be determined yet calm.

Meet any situation without tenseness yet not recklessly.

Your spirit settled yet unbiased.

Even when your spirit is calm, do not let your body relax.

And when your body is relaxed, do not let your spirit slacken.

Do not let your body be influenced by your spirit.

Nor your spirit influenced by your body.

Be neither insufficiently spirited.

Calm is the virtue to not let the enemy see your spirit.

As preventing the enemy to see you put you in a better position to win.

Relearning can be defined as acquiring a set of knowledge or skills that we possessed in previous time of our life.

As for myself, I used to practice lots of guitar circa 2005-2007, but circa 2008-2010 my skills had declined tremendously due to lack (extremely lacking) of practice. I can’t pull off some riffs that I used to pull, but I still can play some other riffs naturally.

Currently, if I want to relive those riffs, it is easier to relearn riffs that I stored in subconscious/semi-subconscious memory but more efforts need to be put into those ‘quick fix’.

However, in traumatic settings (as the video below), it takes more than ‘relearning method’ presented above to relearn a set of previous skills.

Although for most people, walking can be easy and can be done almost unconsciously, traumatic condition such as spinal-cord injury can really prevent someone from walking.

To relearn walking, it takes more than the mind and patterns, it takes spirit and courage.

These come from the inward entity of a human being, the heart (or the soul).

As shouted by Dave Grohl.

Beautiful photos of hiking and other outdoor adventures.

Poems and stories of love & heartbreak.

Another caterer that promise you delicious foods and great service

It's all about disbelieving your thoughts

Expanding your Horizons, Consciousness and Heart.