According to legend, in the southwestern United States, there lived a masked hero roamed around fighting for the unfortunate and the helpless.

His name is Zorro.

Zorro is a hero whose masters in swordsmanship, slashing 10 villains on one go, swing grandly on the fancy chandelier in the rich’s party, stealing beautiful women’s hearts and don’t let me exaggerate more.

He has been portrayed in many literature, dramas and movies, with the most well-known played by Antonio Banderas.

Despite the awesomeness of Zorro had been glorified through Hollywood, lesser attention had been given to the way Zorro becomes the awesome Zorro, previously just a lad named Alejandro.

In the beginning of The Mask of Zorro, Alejandro had been portrayed as a young visionary man who wants to restore justice in the world by assailing villains.

Being young, with amateur skills and immature, he wants to do it immediately and spectacularly, with little patience.

Spirited, he took the challenge, but the tougher it gets, the farther he falls.

Over and over, he feels out of control and utterly powerless, resulting as a drunkard in despair.

Until he met Don Diego, an elder sword master, who took Alejandro into his hidden cave, the course of destiny changed.

In the cave, Don Diego starts Alejandro’s training by drawing a circle in the dirt.

“This circle will be your world. Your whole life. Until I tell you otherwise, there is nothing outside of it,” says Don Diego.

When Alejandro had mastered this small circle, time by time Don Diego allows him to expand the circle little by little until he captured the skills of the glorified awesomely Zorro that we know.

Zorro’s successes wouldn’t be possible if he had not first learned to master that small circle.

Before that moment, Alejandro had no command over his emotions, no sense of his own skill, no real faith in his ability to accomplish goals, and worst of all, no feeling of control over his own fate.

Only after he masters that first circle does he starts to become Zorro, the legend.

The Jerk and The Thinker

Evolutionary speaking, the oldest part of the brain responsible for our jerk-like emotional system (the Jerk), based in the limbic (emotional) region, where the amygdala reigns supreme.

This jerk-like emotional system was crucial for our survival thousands of years ago where we have no time to think logically while being attacked by a vicious hungry tiger, we just simply jump into action.

When this happens, the amygdala sounded the alarm in our brain.

The reaction results in filling our body with adrenaline and stress hormones which sparked an immediate reflex.

This reflex then commands our action, to fight or to flight? 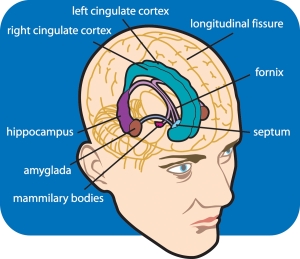 Fortunately, in the current modern world, the dangers of the wilderness were no longer a big issue.

Life’s problems usually were more complicated and most of the time responding to the Jerk system do more harm than good, especially in decision making.

Throughout history, due to harm caused by the Jerk, over evolution we have also developed a rational system in the brain (the Thinker).

The system resides mostly in the prefrontal cortex.

How the Thinker works is simple; think, then react.

Most challenges we’re facing today require us to be the Thinker but when things were getting out of control, the Jerk tends to take over.

This event happens unconsciously and it is BIOLOGICAL.

Cortisol is the toxic chemical associated with stress. When we’re under pressure, it will start to build.

When cortisol has reached the critical point, even the smallest conflict can trigger the amygdala response, then the process (as demonstrated in The Jerk) occur.

The Jerk overpowers the Thinker‘s defenses, respond with ‘fight or flight’ instead of ‘think, then react’.

Scientists have termed the situation as ’emotional hijacking’. 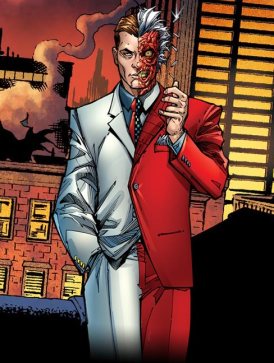 Referring to the fMRI, it is shown that the rational and reflexive part dueling for supremacy.

Comparing the patterns, the prefrontal cortex won over the limbic system in resilient individuals and vice-versa.

This means that a person with resilient character is more of the Thinker rather than the Jerk.

Why Resilience is Important in Our Time?

Each second, 5 babies are born into this world, two new blogs created, 2.8 million emails sent, 34 trees are cut down in the rainforest and around 2 people will die.

Sometimes, gradual changes come in putting forward things in a very predictable way. Sometimes, like now, changes can be sudden and disoriented. 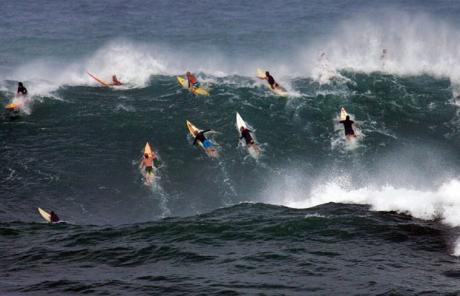 The ‘waves’ of change ahead.

“How do I develop my resilience to thrive in these difficult times?”

“The waves are getting bigger, but what should I do?”

“How can I be the catalyst for change?

These questions are common questions one might ask on a personal level, but how can adapting a resilient character helping us in resolving these queries? How can we be psychologically prepared?

Let’s look back at the definition of psychological resilience.

Scientist/psychologist thinks that resilience has at least three different properties.

For example, resilient system could be able to withstand a shock, without losing its basic function.

Another property of resilience is the system might be able to adapt to changing circumstances.

And the third property, resilient system is able to transform to a different way of life when the current is no longer feasible. 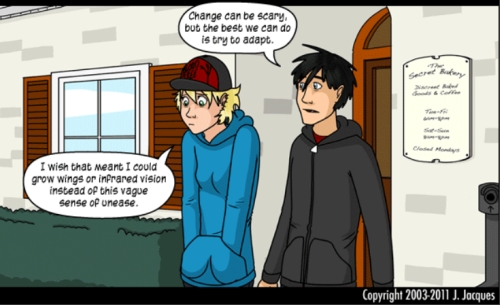 Now grab a journal. Take a few minutes. Write something about the things you are grateful for, over the last 24 hours.

After you’re done with gratification, write something about physical workout that keep you moving and active.

Then write something about meditation you do today. Prayers included.

Finally write something about kindness you do today.

Still wondering? Here’s an example from my log today:

“Gratitude: I’m grateful for having friends that were indeed cheerful and we have some good laughs when hang together. I’m grateful to live in Putrajaya where every weekend there must be something going on. Yesterday we had this ‘walk the talk’ event to show support for World Hunger Relief.

Exercise: I run my usual track and completed the Power Yoga sequence that I’ve been pursuing for quite some days. Awesome!

Meditation: I took some meditation break after prayers 3 times today. Plus, the Power Yoga helps me finding my powerful center.

Act of Kindness: I helped my mom getting her groceries. Makes it easier for her.”

Journal log about good things on a daily basis can help in directing our mind scanning for the good things and the good opportunity ahead. Not ignoring the bad things, but to make the bad things seem obsolete. After all, you create your own future, aren’t you?

Positive Psychology emphasis on the positive side but did not ignore the negativity. Although we can utilize The Tetris Effect for our benefits but misused can be damaging, unaware.

Here’s an excerpt from The Happiness Advantage page 90:

“Over the past year, as I have been working with the global tax accounting firm KPMG to help their tax auditors and managers become happier, I began to realize that many of the employees were suffering from an unfortunate problem. Many of them had to spend 8 to 14 hours a day scanning tax forms for errors, and as they did, their brains were becoming wired to look for mistakes. This made them very good at their jobs, but they were getting so expert at seeing errors and potential pitfalls that this habit started to spill over into other areas of their lives. 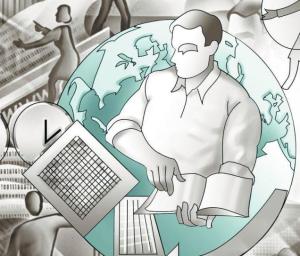 Like the Tetris players who suddenly saw those blocks everywhere, these accountants experienced each day as a tax audit, always scanning the world for the worst. As you can imagine, this was no picnic, and what’s more, it was undermining their relationships at work and at home. In performance reviews, they noticed only the faults of their team members, never the strengths. When they went home to their families, they noticed only the C’s on their kids’ report cards, never the A’s. When they ate at restaurants, they could only notice that the potatoes were underdone—never that the steak was cooked perfectly. One tax auditor confided that he had been very depressed over the past quarter. As we discussed why, he mentioned in passing that one day during a break at work he had made an Excel spreadsheet listing all the mistakes his wife had made over the past six weeks. Imagine the reaction of his wife (or soon to be ex wife) when he brought that list of faults home in an attempt to make things better.”

Got the idea? Tomorrow I’m posting my view on Positive Tetris Effect.

Looking for Patterns – The Tetris Effect

On How I Met Your Mother, we saw many words of encouragement on Barney’s office wall. Even on facebook many pages were created giving daily motivation thoughts with the intention to make public spirited. Even in the last post I posted some pictures of words on my bedroom wall.

These are just merely to find patterns in our thoughts and as hard as we could we try to ingest the best great thoughts as possible.

Since the essence of positive psychology is about WHAT WORKS, are these practices works? As promised in this post, I’ll touch on the book that changed my view, The Happiness Advantage, written by Harvard Psychologist, Shawn Achor.

The third principle presented by the book called THE TETRIS EFFECT. 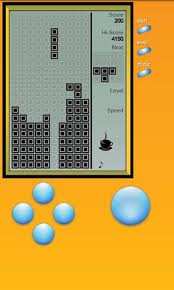 The principle got its name from the tetris game, a deceptively simple game where players rotate and move four kinds of shape that fall from above to the bottom. When unbroken horizontal line of block formed, that line will disappear. Players need to arrange as many unbroken horizontal lines as possible and lose the game when the blocks reach the ceiling of the screen.

The game is SIMPLE, sounds BORING, but surprisingly ADDICTIVE!

“In a study at Harvard Medical School’s Department of Psychiatry, researchers paid 27 people to play Tetris for multiple hours a day, three days in a row. For days after the study, some participants literally couldn’t stop dreaming about shapes falling from the sky. Others couldn’t stop seeing these shapes everywhere, even in their waking hours. Quite simply, they couldn’t stop seeing their world as being made up of sequences of Tetris blocks.” The Happiness Advantage, page 88

While simple game can create patterns in the human mind, hacking them with good things continuously might work creating a better life. That had been explained well in the book. I will write more but won’t reveal everything just yet. If you can’t wait, go get THEM!

Have you had the chance, or really take some time, at least 5 minutes, today, to really look back at your visions and conditions that you’re now in?

In this age of information where things move faster than ever, levels of competition grow too. The challenges became harder and you yourself had to face it no matter what level you’re at. Some people results in doing things over their limit and can only be happy when they reach their goals. Some just doing okay doing things to meet month to month end needs and forgetting the visions and values they hold in their hearts. But to be happy and awesome, and to sustain them, is this enough? Is this the right way to live?

The 5 minutes of reflections are what I call meditation. Those 5 minutes are the times where you’re with yourself, no other association with something else. If you believe in God, these 5 minutes can be your truest devotion of your purest soul to keep you intact, so you as a human can be efficient, facing the world, with visions and desires of your purest soul.

That was the idea but does that really work?

My take is, in meditation, be honest with yourself. REALLY REALLY honest.

Future posts will touch more on this.

Beautiful photos of hiking and other outdoor adventures.

Poems and stories of love & heartbreak.

Another caterer that promise you delicious foods and great service

It's all about disbelieving your thoughts

Expanding your Horizons, Consciousness and Heart.